I’m failing to see what is horrible about that…

Now granted, I assume it sucks to have your name be called and go to a room and not be called and you have to come back to the waiting room, yes that sucks. However, service day was awesome.

I woke up early because I knew that it was going to be horrid if I tried to get there when everyone else was. I got up and left the house about 7:15 and I arrived around 7:30. Yes I know that is early, but I got to check in and get a comfortable seat in the waiting room. After about a hour of checking everyone in, a judge came in and pretty much thanked us for being there-which I thought was weird because the whole time I’m sitting there I want to say “Sir, we have no choice” But he was handing out candy so I didn’t say anything.

After that the lady called 2 groups to go check into other rooms. I sat up straight and listened for my name and silently praying that I wouldn’t hear it. Nothing.

There were three movies played during my time there- RV, Tooth Fairy (which made me feel sad for the Rock again and only made me want to meet Julie Andrews) and a personal favorite Napoleon Dynamite. I however was not paying attention because I was WAY too busy reading my Rob Lowe book, who is awesome and I don’t care what anyone says, he is awesome.

Another group is called during the films and then lunch break (which I went to the cafeteria, got a sandwich and a drink) and continued reading my book. Again, I was excited about reading my book.

We got back from lunch and the lady gave us two surprises, 1. there were only two more groups going to be called (originally there were supposed to be like 4 more) and 2. certain groups could go home early. Everyone sighed with relief, but then the bad word no one wanted to hear-lottery. It was going to be based on a lottery if our group numbers could go home early (this is around 3, so not terribly early).

The first group is 413, I’m 412 and I’m like really? the group after me? Cool lottery. I go back to reading because I knew my group was not going to be called.

“One more group is going home early today.” (I swear she was pausing for dramatic effect).

THAT’S ME!! I jump out of my seat and smile at the people I pass as they stare at me cause I get to go home early and avoid crowds. My first jury duty experience ended on a very lucky high note. I served my city by sitting and reading an autobiography for 7 and a half hours.

So thank you Sacramento for letting me serve you. I’m so glad that me reading my Rob Lowe book helped our judicial system.
Anytime. Really!

Best quote of the day:
“Well we have a good government system, you know, with the judicial, and legislative, and….and….the other one…”

Life with Olivia-October through January in Pictures 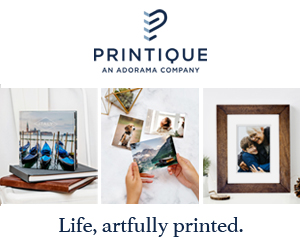